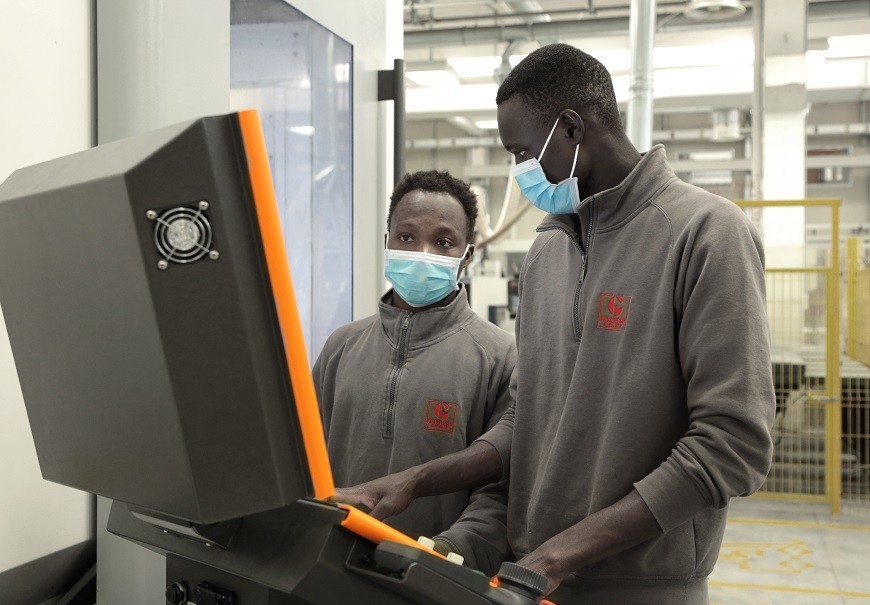 This is Sanououlen Keita and Nouhoum Kone. They are 23 and 25 years old, and originally from Mali.

After an internship of six months, where the young men proved themselves as being capable and proactive, they were offered permanent contracts in our Blister Tooling plant (Calderino, Bologna), where they now work in cold metal forming. The most heart-warming part of this story is that Sanououlen and Nouhoum were living in a reception centre for international refugees, and will now be able to gradually create a new life for themselves. They have both rented houses, and Nouhoum has also begun evening school.

“We are happy that we have been able to give these two young men this professional opportunity. We are sure that, with time, the Calderino team will become a second family for them”

It is thanks to them that we discovered the “Welcome”, project, launched in 2017 by the United Nations High Commissioner for Refugees (UNHCR), which brings together Italian companies committed to facilitating work integration processes for the beneficiaries of international protection.

Thanks to this project, we are now able to: