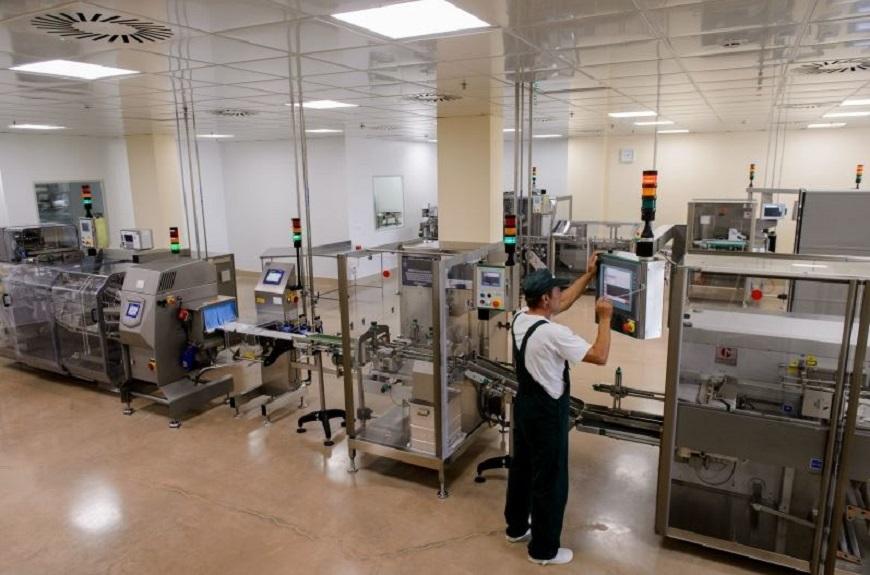 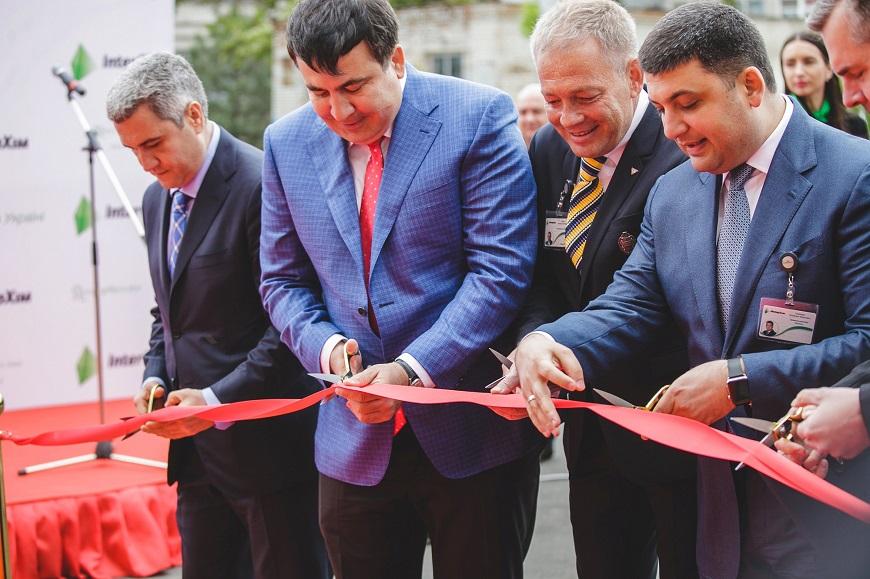 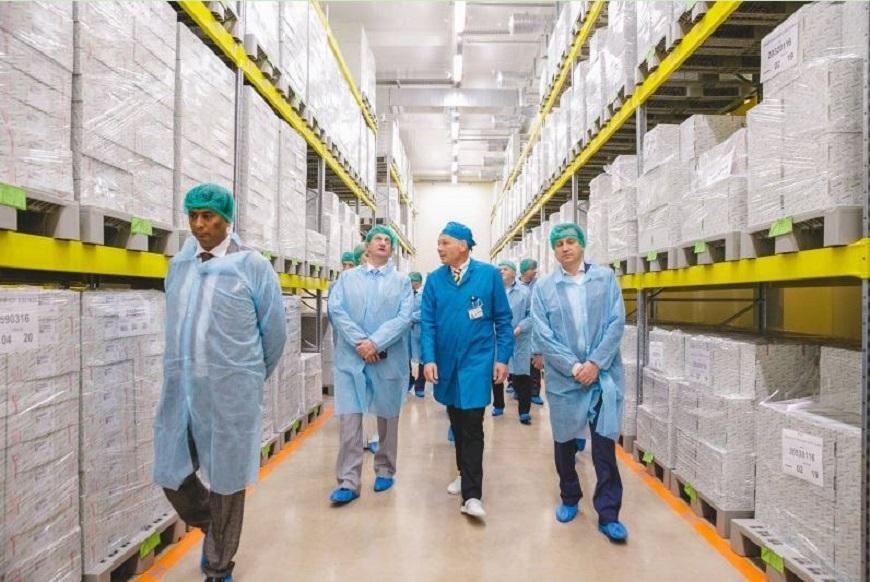 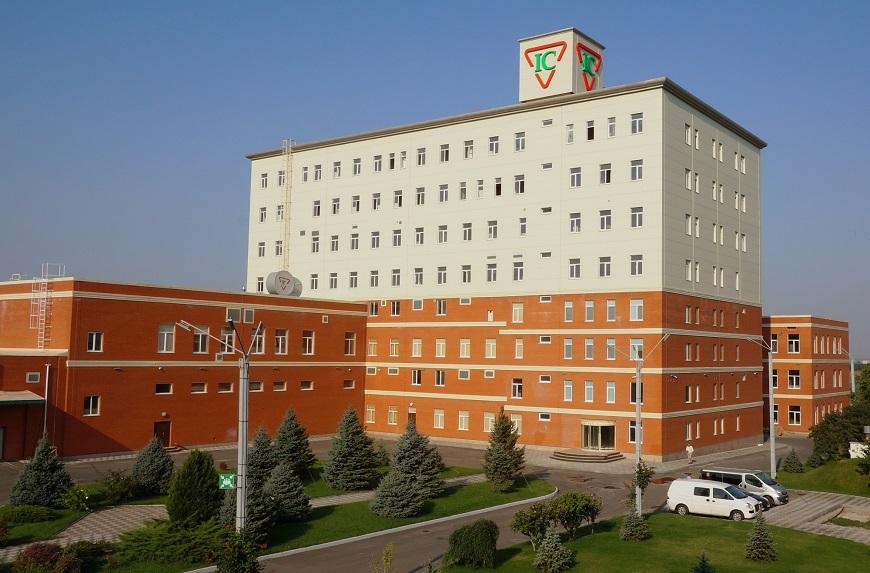 InterChem is one of the top Ukrainian producers of pharmaceuticals and pharmaceutical substances. It was founded in 1992 to subsequently grow following successful events but also difficult ones too due to the political situation and to the social-economic development of the country over the past 25 years. Today, what started as a company of 15 people has now become an enterprise employing 700 people who have made InterChem one of the top 10 national pharmaceutical producers.

To get where it is today, InterChem set up an investment project in 2002 focused on growing further and modernising its production facilities. The first key event of the company’s development was the fulfilment of a plant in 2004 that fully complied with the Good Manufacturing Practices (GMP), capable of screening and developing active chemical compounds and of producing Active Pharmaceutical Ingredients (API). Over the years, new lines have boosted production and improved the technological standards. In May 2016, InterChem opened a new industrial complex to develop and produce modern and top quality pharmaceuticals which a growing market, as is that of Ukraine, strongly needs. The plant worth 40 million Euro has quadrupled its production capacity and added capsules and powders in sachets to InterChem’s range of products.

The expansion activity follows the trend of scientific research. Recently, the laboratory teams of InterChem, assisted by the German company Meggle, have created and prepared for the development of the formulae and technologies required to produce drugs, as well as new formulae and technologies to produce preclinical and clinical pharmaceutical projects under GMP conditions.

QUESTION: What is your core business?

ANSWER: InterChem is a modern “complete cycle” pharmaceutical company. The company's activities include screening and development of active chemical compounds, production of API, development and implementation of technological processes, production and distribution of finished drugs. Finished pharmaceutical products are sold in the Ukrainian market, but also exported to Azerbaijan and Georgia. API are bought by pharmaceutical companies in Ukraine and Eastern Europe. Chemical products are exported to Western Europe, USA and Canada.

Q. What are the most important pharmaceuticals of your production range? Are you working on new formulae?

A. Today, the company’s product portfolio includes eight active pharmaceutical ingredients and 36 medicines, four of which are the original developments of Ukrainian scientists. The share of original drugs in the sales volumes of "INTERCHEM SLC” in 2015 was 45% (original drugs make up about half the volume of the products sold.) The hallmark of "InterChem" is an immune modulating antiviral drug called "Amixin® ІC", which has held a leading position over recent years among the drugs used against influenza and acute respiratory viral infections in Ukraine. Two original formulae - "Amixin® ІC" and "Gidazepam ІC®" - are listed among the Top 100 best-selling drugs in Ukraine. Our company is the Ukrainian market leader in terms of production and sales of anxiolytics. The innovative soporific drug "Levana® ІC" has become very popular in Ukraine and our scientists who developed it have been awarded by the National Ukraine Academy of Sciences. The portfolio of the company is now expanding rapidly with both prescription drugs and OTC-category drugs.

Q. How is the new factory you opened last May organised and what will you produce there and with which technologies?

A. The new manufacturing-laboratory complex covering over 15 thousand square meters includes a granule production site, finished drug production site, an 8-storey office and laboratory building, a production site of active pharmaceutical ingredients, as well as the logistics complex. The new production facility has an annual capacity of one billion tablets and 100 million sachets. Commissioning of the new API production line will increase the production of active pharmaceutical ingredients according to GMP requirements by up to 10 tons per year. The fluidized bed granulation method is the technological basis. This not only optimizes cycle times, but also reduces the quantity of critical product operations. As a consequence, the stability and reproducibility of the technological process is increased also "embedding" high quality standards during the production stage. The finished drugs production site is equipped with four ultramodern complete filling and packaging lines by Marchesini Group.

Q. Stanisław Dąbkowski, Branch General Director of the Marchesini Group for Ukraine, told us that the economic unsettle in Ukraine is forcing many producers to replace their obsolete machinery with economic packaging machines.

A. Indeed, the introduction of energy efficient technologies plays an important role in rationalizing the use of resources under difficult economic conditions. This is however not the only reason. One of our company’s priorities is to get into European markets in order to ensure our products’ competitiveness. The production equipment installed is of prime quality to ensure the plant meets EU GMP standards and progressive modern trends in producing pharmaceutical products. The Ukraine State Service on drugs has announced that automated drug tracking systems be developed and implemented in Ukraine to monitor the circulation of drugs and promptly pinpoint counterfeit drugs. Every single pharmaceutical is tracked by a unique code applied on each package.

Q. What do you think of the situation in the Ukrainian market?

A. Even under the current difficult circumstances in Ukraine, the pharmaceutical market is still being developed. The pharmaceutical industry plays a key role in the Ukrainian economy and is an important segment of the national market. There are 117 producers in Ukraine who are licensed to manufacture drugs and they provide workplaces for 31 thousand professionals. Today, the leading pharmaceutical manufacturers of Ukraine work according to international GMP standards. The share of domestic producers amounts to 79% of sales volumes in packages and 44% in monetary expression. These figures testify to the greater availability of domestic medicines of the same quality standards. In addition, 22 domestic pharmaceutical manufacturers export more than 400 Ukrainian medicines to 54 countries (Germany, Poland, CIS, Asia, Middle East, Africa and South America, etc.). As a possible way to overcome the economic crisis, we see the development of high-tech production facilities to create added value and attract foreign investments. Our company promotes the addition of technologies to ensure production facilities that comply with European standards, energy saving technologies and diversification and development of new sales markets for our products.

Q. What do you do in terms of Corporate Social Responsibility?

A. The increase in production makes it possible to create new high-paid jobs, increases the amount of tax deductions and taxes to the budgets of all levels and social funds. Thanks to production expansion, the company created 139 new jobs and 70 more are planned.

A. InterChem does not receive any government funding; the company operates and develops at its own expense or by attracting investments for specific projects. Moreover, our company provides permanent charitable financial and drug assistance to Ukrainian organizations, including orphanages and geriatric institutes and institutes that provide hospice and palliative care. The company helps to provide medical supplies for the Ukrainian army and the refugees from troubled regions, plus much more.

Q. What are your forecasts for Ukraine within the European community?

A. Every aspect of our business, including commercial, public and civil activities, complies with the founding principle – we never stop whatever the circumstance, we always move forward, honestly and in good faith, we do our job here and now and so here and now we take Ukraine closer to Europe. It is with this attitude alone that we see our role and the prospects of our country within the European community.

In 2014, InterChem bought one sachets line and two blister lines by the Marchesini Group. One of the two blister lines is composed of the automatic thermoformer MB 451 Evolution, the labeller BL A415, the cartoner MA 352 and the overwrapper MF 910 Mini.

The automatic thermoformer MB 451 Evolution is designed and built exploiting "Made in Italy" technologies at the Headquarters of the Marchesini Group in Pianoro. The machine - easy to install on a line in any workplace because it is very compact and flexible to connect to the machines downstream - is divided into different sections, defined with particular attention to material and product: reel compartment (holding forming material and splicing table), preheating and forming section, galenic section (which encloses the filling station, where product runs on the open web), sealing, perforating, coding, and punching section.

The labelling machine BL A415 is one of the models belonging to the large BL A family: machines for labelling and tracking cartons, whose features of versatility and reliability are their key strongholds. The machine series BL A has been developed by Neri, a branch of the Marchesini Group specialising in producing this type of equipment.  The BL A415 has been created to fully exploit its outstanding ergonomics: thanks to the work area that is separate from the mechanical and electrical parts, management and maintenance operations are very simple. All these top features make the BL A415 a truly high-tech yet very user-friendly machine.

The automatic horizontal cartoning MA 352 is one of the most reliable, compact and versatile high speed cartoning machines on market. Entirely built with a balcony structure, this machine has all the features of Marchesini cartoners - such as carton magazine in an optimum position, maximum accessibility, extremely fast change-over times, minimal maintenance - and is suitable for high speed packing in cartons of all products normally on the pharmaceutical and cosmetics markets, such as blisters, sachets, syringes, bottles, rigid and squeezable tubes. Thanks to the use of the Robocombi - a three axis robot with vacuum pick up head devised to handle different types of products, picking them up and feeding them to the cartoner - MA 352 is suited to handle a variety of difficult applications requiring reliability, flexibility and speed.

Automatic overwrapper MF 910 Mini is suitable to collate boxes, cartons or other regular shaped single or bundled products and wrap in a six-sided complete wrap, lateral envelope folds. The bundler design is composed by a basic structure and cantilever (balcony) type placement of movements and functions.