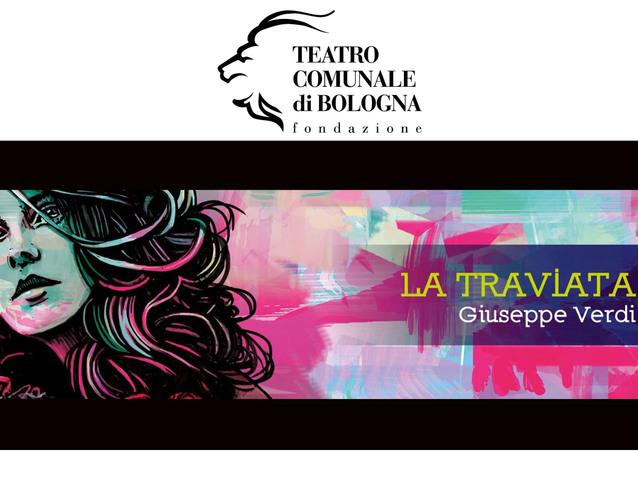 In 2019, Marchesini Group, which has always been committed to supporting the world of music – first with the Teatro Auditorium Manzoni and then with the Bologna Philharmonic Orchestra - decided to sponsor the opera season of Bologna’s Teatro Comunale by "adopting" Giuseppe Verdi's La traviata, which will debut on April 28th.

This opera, which symbolises Verdi's romanticism is based on The Lady of the Camellias, a play by Alexandre Dumas' son. When it made its debut it was not received with today's enthusiasm, as it was considered too unconventional: historical dramas, epics, characters in costume... Verdi, however, was sure that the tumultuous and star-crossed love story between Violetta, a young woman who caused a scandal in the noble salons, and Alfredo, her passionate admirer, had in fact made an impression with his audience. What the composer wanted was an opera that had "a ready subject, certainly of a guaranteed effect". An opera whose story touched the heart of the audience as it had touched his own. An opera that, in time, would be judged for what it really was: a masterpiece.

In 2018, as part of its Corporate Social Responsibility activities, the Marchesini Group increased its allocations for local projects for the benefit of its stakeholders by 22%. Thanks to the sponsorship of the opera, the Group was able to organise "Marchesini Group at the Opera" for its employees, offering them a chance to attend a dress rehearsal on 26 April at the Teatro Communale together with friends and family. This theatre, which staged Puccini’s La bohème last season, was awarded the Abbiati Prize, the Oscar of Italian opera, for the best opera performance of 2018. This was something of a miracle, if we consider the economic-financial situation in which many of the opera-symphonic foundations of our country, the land of bel canto, find themselves. The 2019 season, in particular, presented a number of productions that can be considered similarly miraculous and that demonstrate how it is possible to make quality opera even with limited resources.