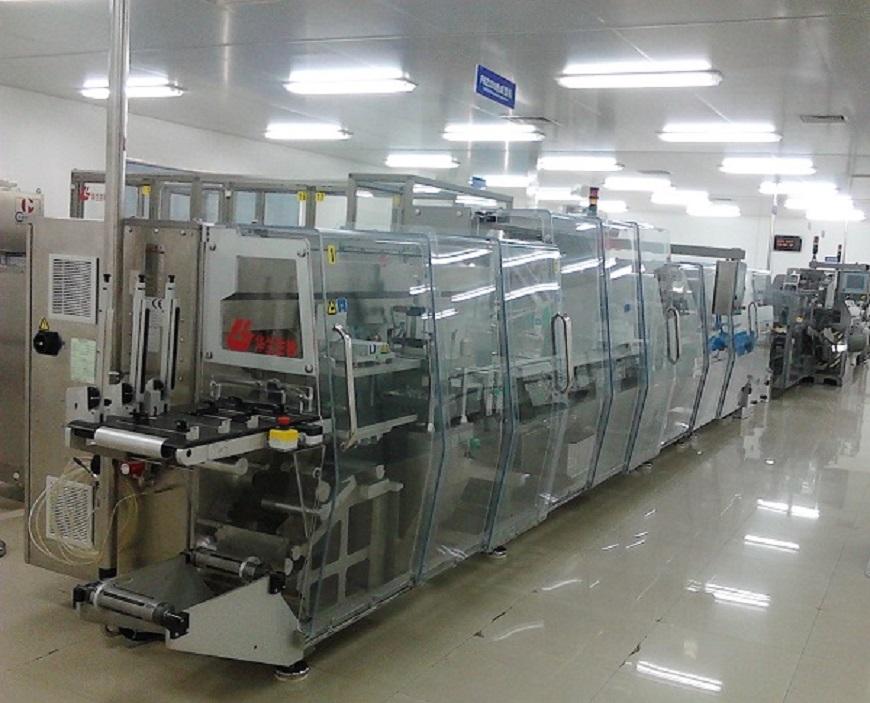 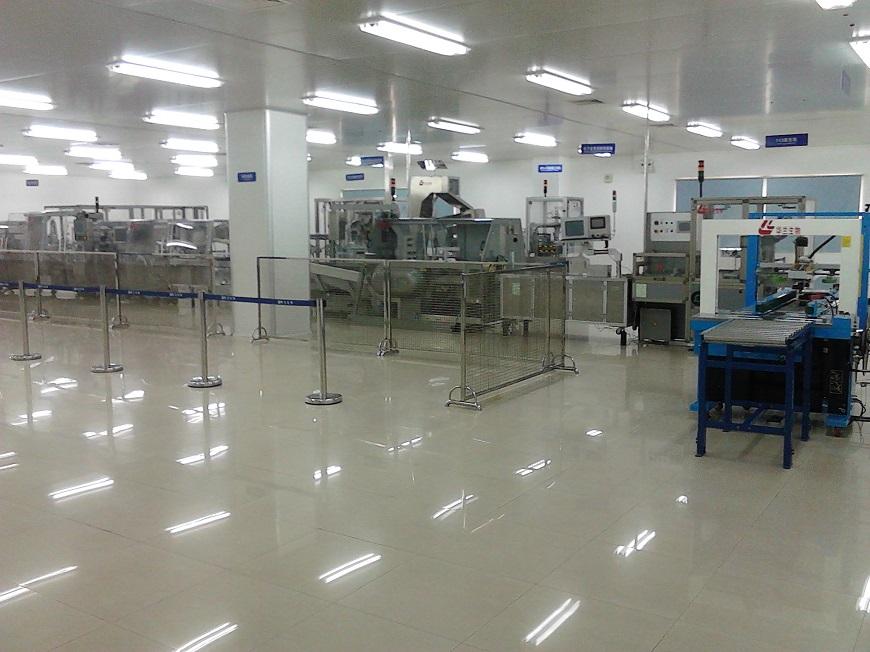 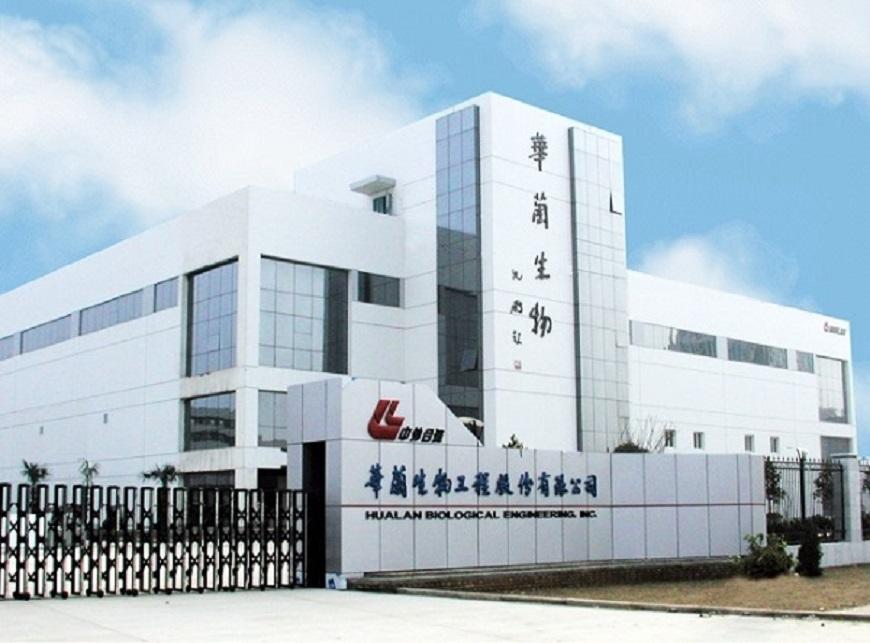 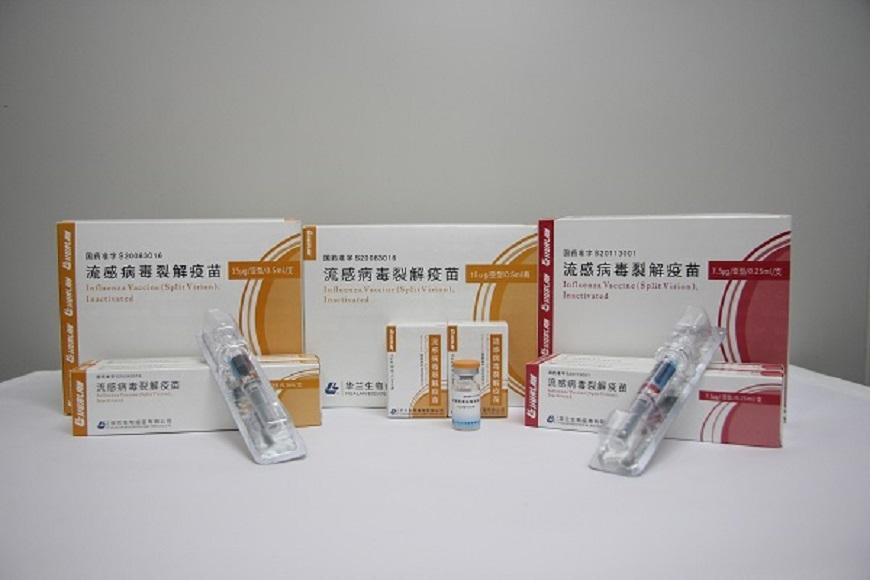 In 2009, the world was focusing on China following the Swine flu pandemic when pharmaceutical producers started a fight against time to find a vaccine capable of curbing the swine flu, caused by the H1N1 virus.

Just a few months after the virus broke out, a Chinese pharmaceutical company had already obtained the licences to produce and supply 4 million doses of vaccine against swine flu to the Chinese government. The name of that company, which hit the headlines of the main press agencies around the world, was Hualan Biological Engineering.

Hualan was founded in 1992 in the prefectural-level city of Xinxiang in the central-eastern province of Henan. Today, with its current 100 million residents, Henan is the most populated Chinese province and, thanks to Hualan, is where most of the vaccines sold in China and the rest of the world are produced.

Today, Hualan is one of the most important Chinese state companies operating in the field of research, production and sales of blood-derived products and seasonal influenza vaccines. Similar to the other 32 major companies working on the Chinese pharmaceutical marketplace, it ensures enormous product output.

Just think that, in 2011, the yearly production of vaccines in China was about a billion doses, which is the largest in the world; of this one billion, most of it was and is still made up of several million doses of common paediatric vaccinations.

Children’s vaccines are fundamental not just for China alone, considering that, again in 2011, according to an estimation of the Peacereporter, one child died every twenty seconds across the world due to diseases that can be prevented with vaccines. After the World Health Organisation declared that Chinese vaccines satisfied all the international standards, The United Nations Children’s Fund started to collaborate with Chinese pharmaceutical companies to create some pilot projects to boost people’s awareness of how important vaccinations are in China, especially for children.

To achieve this goal, not only is it necessary to inform the population, but investments have to be made too. Over the last 20 years, Hualan, which today boasts 28 fully-owned or partially-controlled subsidiaries, is one of the quickest growing companies of all the pharmaceutical businesses of Henan and of the whole of China.

This result has been achieved also thanks to the development of research projects for national, provincial and municipal organisations and to joint ventures with various institutes concerning innovation in the field of biotechnology. Recently, the R&S centre of Hualan has been acknowledged as one of the best national High-Tech centres in China, thanks also to investments made in innovation and expansion, which have enabled the company to gain the most important certifications for the production and commercialisation of vaccines, including that of the World Health Organisation and the new versions of the GMP procedures in China.

QUESTION. Which and how many vaccines are produced in China?

ANSWER. There are presently 33 large Chinese producers of 49 different types of vaccines that can prevent 26 types of infectious diseases. Some of these are vaccines against Hepatitis B, Polio, Measles, Whooping cough, Diphtheria and Tetanus. 500 million portions of the common paediatric vaccine were produced in 2011.

Q. What is your mission?

A. We can sum up our mission in four words “Everything for human health", which means developing high quality vaccines capable of providing very high guarantees for the health of mankind. We currently sell four types of vaccines and we are making good progress with pre-clinical and clinical studies for another 10 vaccines.

Q. What is the National Immunization Program about and what is your role?

A. China implements a prevention-based immunisation strategy, which involves the scheduled vaccination of infants and school children. This strategy, which entails the production of 14 types of vaccines that can prevent 15 types of diseases, eliminated Polio before the year 2000 and protected children against measles in 2012.

Q. How do you contribute in the fight against the H1N1 virus?

A. Our company was the first to develop the vaccine against the swine flu virus H1N1 and to get approval for it. During the two-year period of 2009-2010, 52 million doses of the immunisation vaccines were supplied to the Chinese government. In 2008, following the earthquake, (that hit the province of Sichuan, in the south of the country, killing more than 70 thousand people [editor’s note]), we donated 3 million doses of the influenza vaccine to the country.

Q. How much government funding do you receive each year to continue with your projects?

A. The state authorities of China strongly believe in contributing to help develop the vaccine industry. We receive about 5 million Yuan each year for this (almost 650 thousand Euro [editor’s note]).

Q. Could you give us some figures concerning turnover, employees and licensed products?

A. The vaccine division of Hualan has a yearly turnover of roughly 200 million Yuan (26 million Euro, [editor’s note]), more than 500 employees and four commercialised products, among which is the vaccine against the influenza virus, that against Hepatitis B and that against H1N1 flu virus, which comprises eight different specifications.

Q. What is your share of the Chinese market?

A. In China, there are 10 major enterprises that produce vaccines against the influenza. In this field, our market share is around 25%. This means that today, we are the biggest Chinese pharmaceutical enterprise to produce, distribute and sell this type of vaccine.

Q. Do you export part of your production?

A. We have all the certifications and authorisations issued by the World Health Organisation, therefore we  can export part of our production.

Q. How did you come about the Marchesini Group?

Hualan has been purchasing lines from the Marchesini Group for several years. In 2006, it purchased a pilot start-up line for filling, labelling and packaging syringes. Thanks to the efficiency and safety of this line, Hualan was the first Chinese pharmaceutical business to gain all the authorisations to produce and commercialise the vaccine against influenza.

Following this positive experience, the Marchesini Group supplied a new and complete standard line for vaccines, which starts with the syringe denester and ends with the wrapping unit and it was purchased for the mass production of vaccines. The line was devised and built to guarantee simplified size change-overs and consists of the following units: a denester, the plungering and labelling machine AEC 1, the automatic deep-draw thermoforming unit FBZ 320, the horizontal and continuous-motion cartoning machine BA 400 Argento and the  wrapper and over-wrapper unit F 43.

The denester - produced by Corima, a member company of the Marchesini Group specialising in the production of automatic aseptic pharmaceutical packaging machines - picks up and automatically controls the previously filled and closed disposable syringes. The product pick-up and handling movements are precise and secure, as the unit is indeed designed to avoid aesthetic damages to the syringes.

The pre-filled vaccine syringes are subsequently assembled with plunger and back-stop and are labelled by the plungering and labelling machine AEC 1, equipped with vision control system.

The syringes then reach the FBZ 320 machine, equipped with Robomaster, a robotized feeding system devised and manufactured entirely by the Marchesini Group. Robomaster, which feeds the syringes to the thermoformer, is able to carry out up to 80 pick-up cycles per minute, with strokes of over 500 mm and always with an extremely delicate touch. Thanks to Robomaster, the whole line works at high speed, has an outstanding loading capacity, simple and fast size change-over process and a large work area.

The quality of the finished product, the outstanding ruggedness and the tool-less size change-over features make FBZ 320 a highly reliable, flexible and user-friendly machine, also thanks to its high-speed die-cutter, which makes it incredibly fast and efficient and simultaneously reduces rejects.

After the thermoforming process, the syringes reach the high speed horizontal continuous-motion cartoner BA 400 Argento, which handles up to 300 cartons a minute with one tray in the carton. It combines the advantages of a smaller footprint with greater sturdiness and improved reliability. This machine is equipped with a robotized feeding unit, a three-axes Robocombi with sucker pick-up head, patented by the Marchesini Group, which minimises size change-over operations. This robot picks-up the syringes, stacks them correctly and places them directly into the buckets of the carton packager.

The F 43 wrapper and over-wrapper produced by Multipack completes the line. This machine is able to process different combinations of products inside the package.