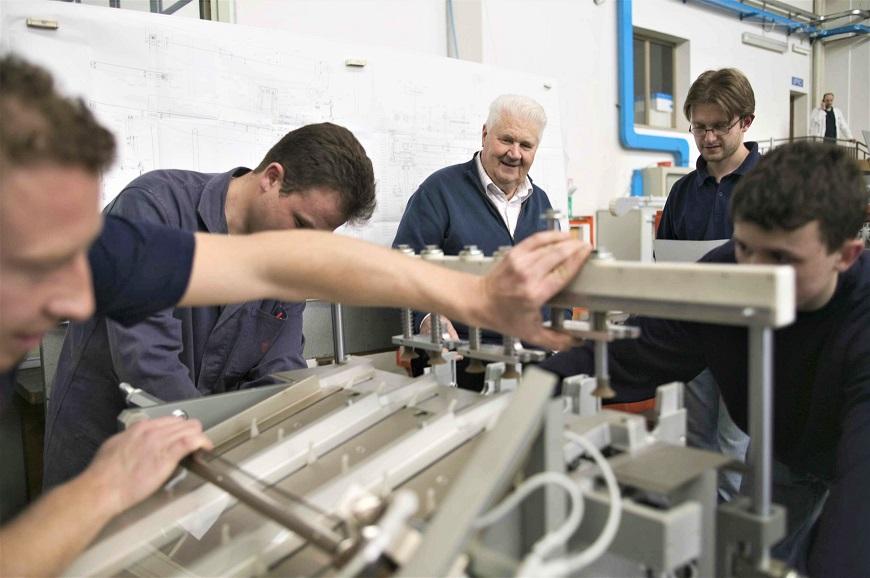 We started out life in a garage in Pianoro, a small town just outside Bologna, thanks to an idea by a young mechanic with a passion for automatic machines. His name was Massimo Marchesini. For all his talent, Massimo would not have succeeded in his plan to set up a small business had it not been for Giuseppe Monti, a technical expert from the motorcycle industry, who agreed to come on board with him.

For Giuseppe, it was a huge decision that verged on reckless: he was leaving a steady job in a leading Italian and international company to follow the visionary designs of someone not much older than him.

But the two young men made a great team and launched their first machines in the space of a few years. Although the first results were promising, Massimo was convinced that the company would remain modest in size. “Don’t worry, there will never be more than ten of us” he would say.

Today, almost 50 years later, we have a workforce of 2,000 people around the world. Ours is one big family made up of individuals who are people first, and employees second: people with whom we like to build lasting relationships based on mutual trust. And the same applies to our customers: we like to think of them as partners more than suppliers.

This is something else that makes our world extraordinary.