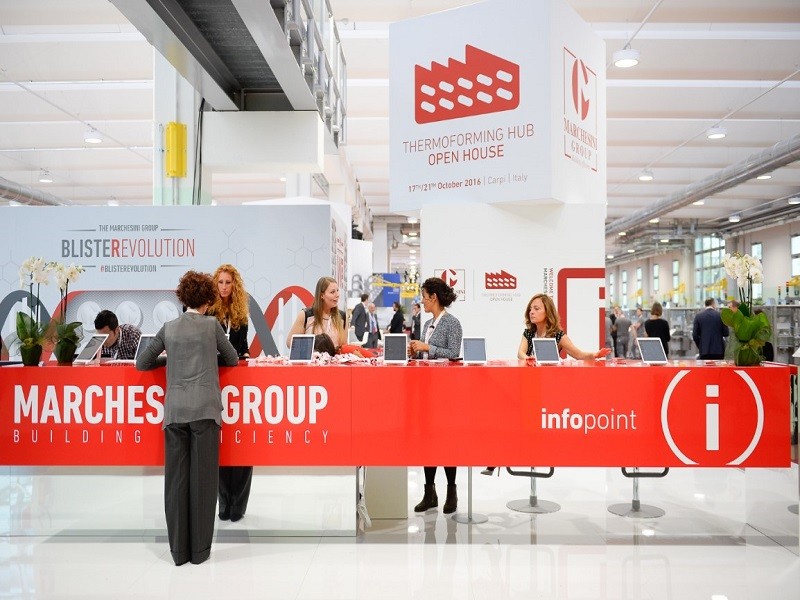 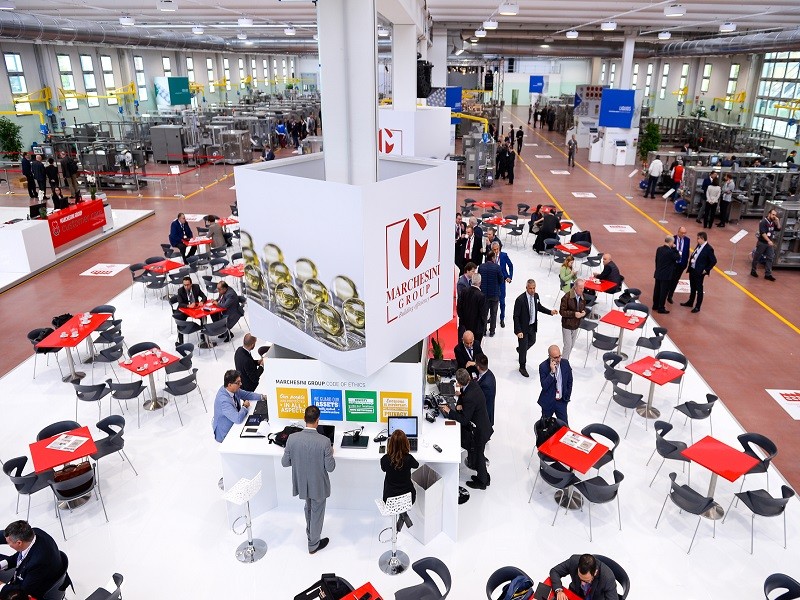 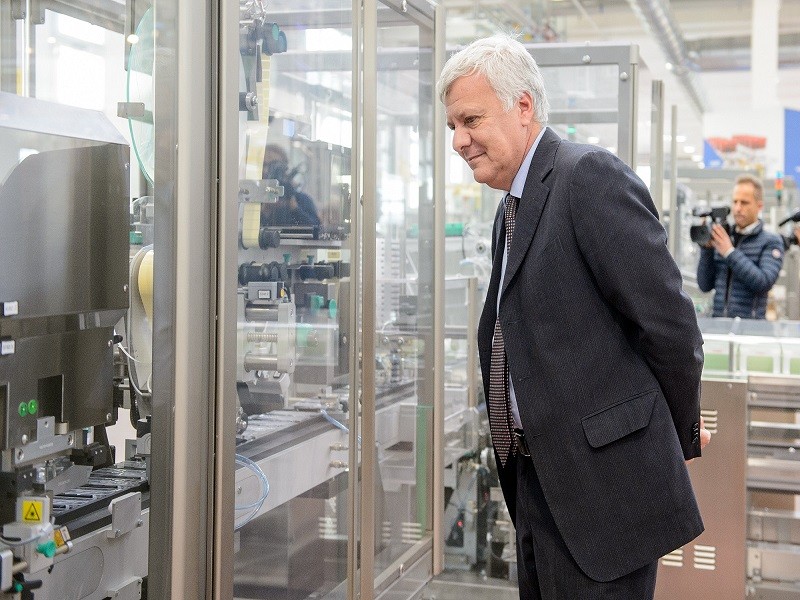 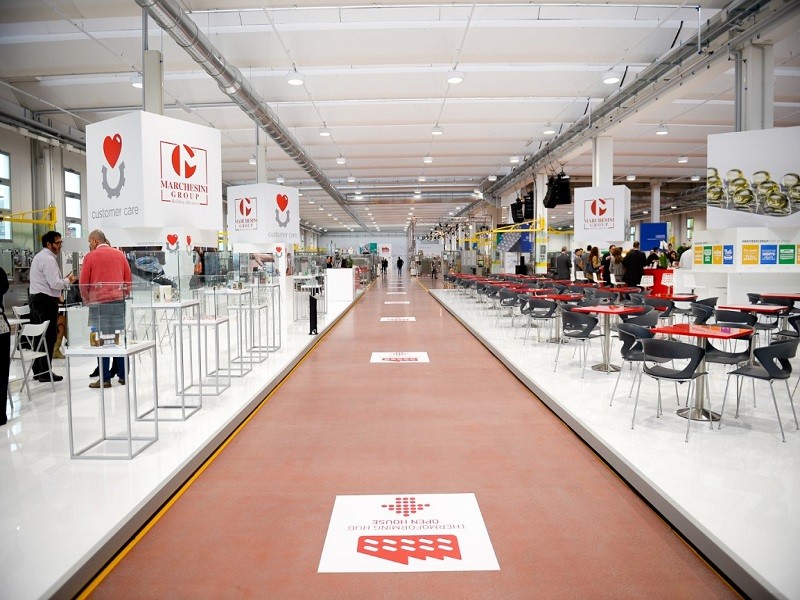 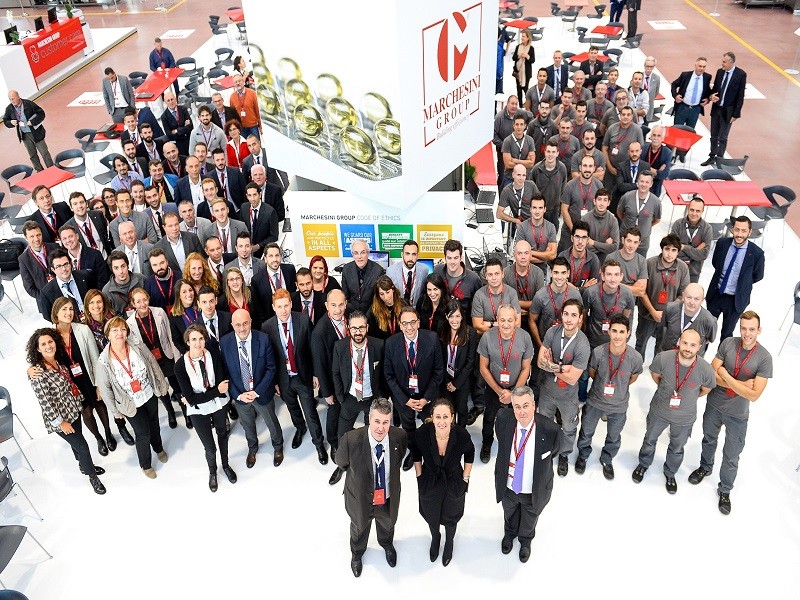 National and local authorities and the Group’s employees attended the inauguration of the new production facilities of Marchesini Group in Carpi. It covers 14 thousand square meters and is the biggest production hub of thermoforming machinery in Italy This technology is used to form hot plastic materials to make pharmaceutical blisters. It has taken the work of 300 people to build this factory, in which the Group has invested 14 million Euro; another 150 will be employed to work permanently at the factory once it is up and running, plus 50 workers, among technicians and engineers from Carpi and Modena will be taken-on next year.

Some authority representatives attended the cutting of the tape, among whom the Minister for the Environment, Mr. Gian Luca Galletti, the governor of the Emilia-Romagna Region, Mr. Stefano Bonaccini, the Mayor of Carpi, Mr. Alberto Bellelli, the Bishop of Carpi, H.E. Monsignor Francesco Cavina and Maurizio Marchesini, the CEO of the Group and Chairman of the Industrialists Association of Emilia-Romagna.

The Minister, Mr. Gian Luca Galletti stated that “Marchesini’s new factory in Carpi sums up what the country needs to grow, namely sustainable technology, an investment that brings new job opportunities and local development, strongly focusing on environmental aspects. Following the historical agreement reached during the Cop21 in Paris, the world chose the production model of decarbonisation, regeneration and sustainability: some national businesses realised this before others and this is why they will be immediately and lastingly competitive on the marketplace. Once again, the Emilia-Romagna region proves that Italy is back on its feet and ready to act as a European leader of green economy”.

Maurizio Marchesini pointed out that: “The factory in Carpi has been built, and will continue to grow, as a modern smart factory. It will produce at industrial rates but with the quality of fine tailored products. The technologies exploited will ensure energy from renewable sources and will minimise harmful emissions. Each workplace has been created using exclusively Made-in-Italy products. Today, we are not just inaugurating a factory, but we are celebrating a way of doing business and of enhancing our land”.

According to Stefano Bonaccini: “Marchesini Group represents a smart business model: research and development, deep roots in the local area, ongoing growth on international marketplaces, social responsibility of the business and strong internal bonds, great awareness toward people and the working environment and continuous training. The fact that the growth of the Group goes through the magnificent factory inaugurated in Carpi - in the area hit by the earthquake of 2012 that has never surrendered but that has started again even stronger and even more competitive -is a great merit that goes also to this land and the people who live here”.

Alberto Bellelli says "it is always a pleasure when our land appeals to important companies, in terms of prestige and turnover, such as Marchesini Group: I cannot but express my satisfaction for what the inauguration of this new factory means for Carpi’s economy and employment opportunities, highlighting the strategic role of the investment for this important business”.

A traditional 5-day Open House event was held just before inaugurating the new factory in Carpi. The Group opened its factory to over 700 national and international customers. During their stay they were able to take part in talks on current topics concerning the pharmaceutical industry. They stayed in the beautiful city of Carpi, tasted recipes of the top chef Luca Marchini and visited some of the best wine and food producers of Modena, among which were the 4 Madonne Dairy of Emilia and the Del Cristo vinegar factory.

The Open House was also an opportunity to unite the Made-in-Italy of mechanical engineering with that of other two brands of excellence of the Emilia-Romagna region: fashion and car manufacturing. Blumarine created some luxurious accessories for the customers of the Group, while Maserati offered some cars for a test drive. The collaboration of the constructor of the new factory, Garc, was also greatly appreciated.