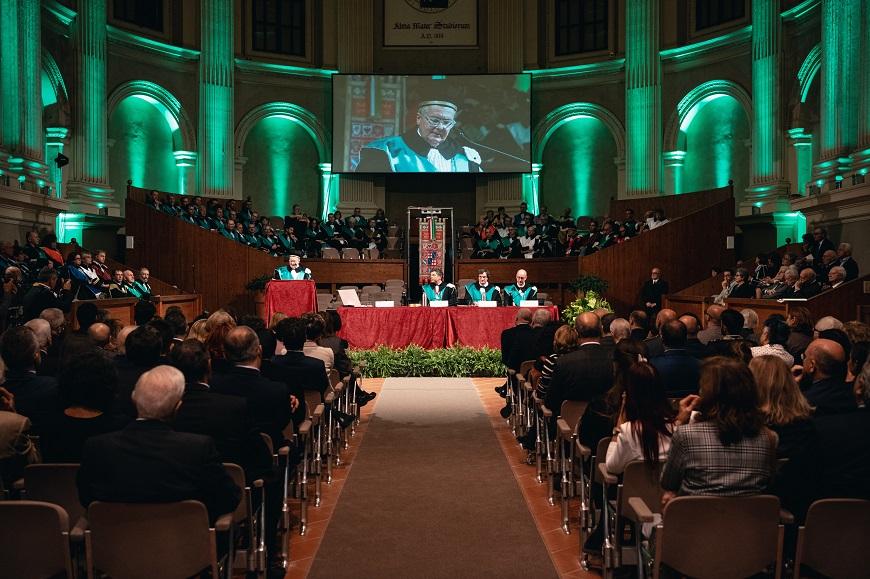 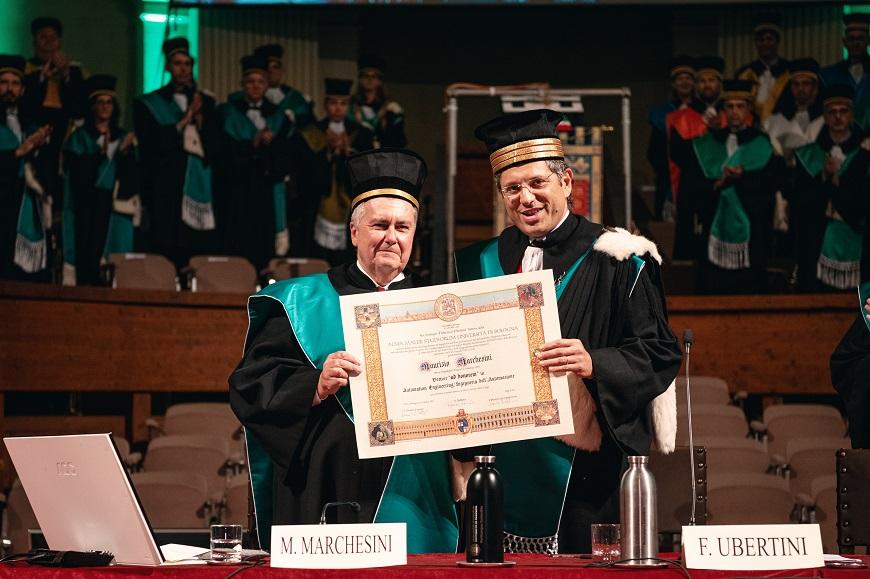 Friday 25th October, at 4.30 pm, at the Aula Magna of Santa Lucia (Via Castiglione 36 – Bologna), a ceremony was held to award an Honorary Degree in Automation Engineering to Maurizio Marchesini, President of the Marchesini Group. Following the greetings of the Rector Francesco Ubertini and of the Director of the Electrical Engineering and Information Department “Guglielmo Marconi” Claudio Melchiorri, Professor Lorenzo Marconi announced the Laudation.

The motivations of the Electrical Engineering and Information Department of Unibo were that "Maurizio Marchesini, since the age of 22, has dedicated his entire life to his family business, which at that time was a small artisanal company. Over the years, he has skilfully managed and developed innovative solutions in the field of automation, mechatronics and robotics, making it one of the most cutting-edge businesses in the sector of packaging machines.

Throughout his brilliant entrepreneurial career, Mr. Marchesini has always focused strongly on innovative research and on collaborating with Universities and Research Institutes, just like he has been strongly involved in aspects related to regional and national politics in the industrial field.

Mr. Marchesini boasts a brilliant industrial profile linked to the world of automation and focused on international affairs. Aware of how important Research is and collaborating with Universities and Research Institutes, Marchesini has skilfully taken his company to levels of excellence, simultaneously contributing positively to managing regional and national productive contexts”.

Other reasons stated by the Department of Electrical Energy and of Information of Unibo were that: "Maurizio Marchesini has been awarded the Honorary Degree of the Alma Mater also because of his rare technical and entrepreneurial personality. He has given, and continues to give, a great deal to one of the main productive sectors of the region, constantly strengthening the important bond that the University has with the regional industrial fabric".