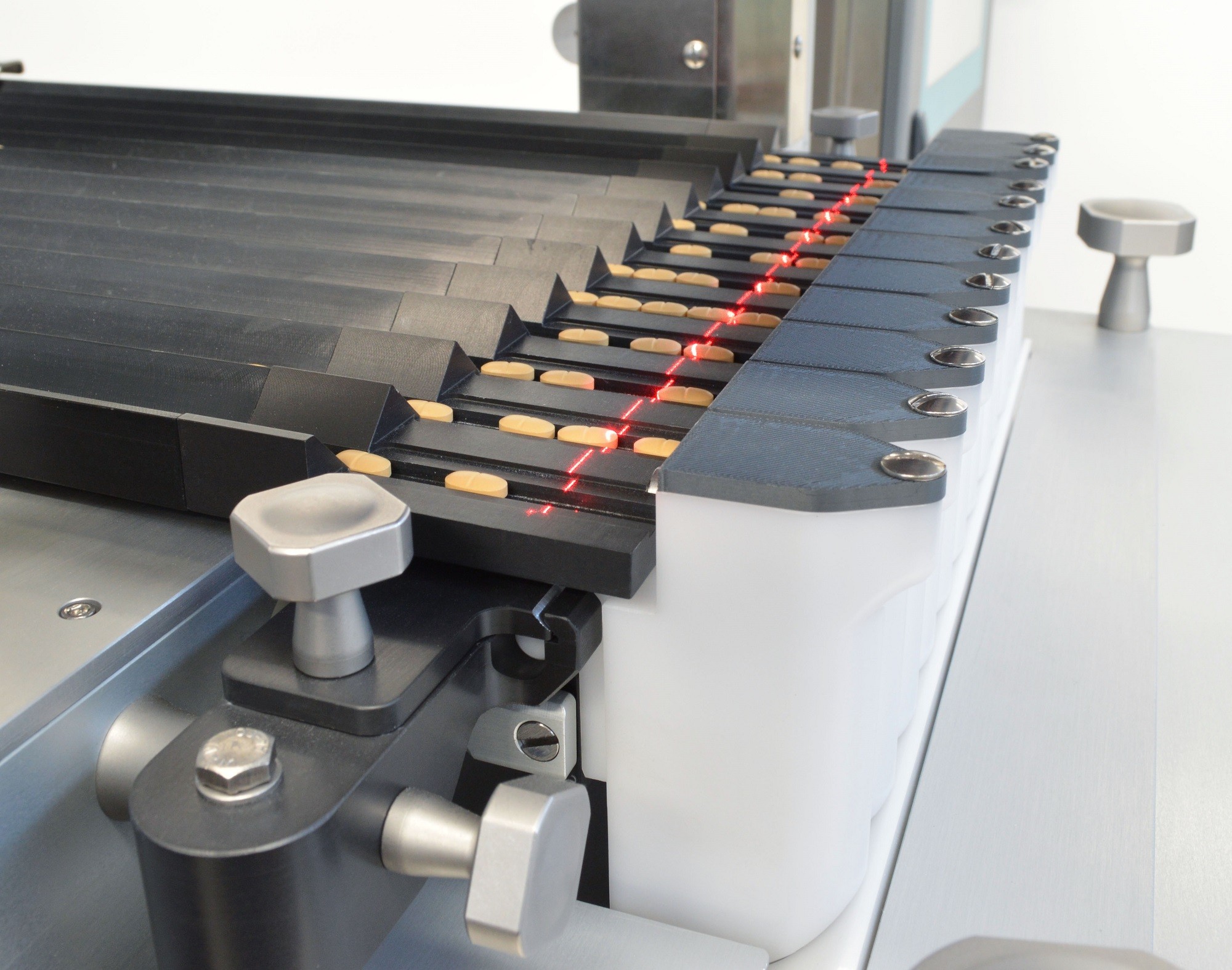 Three years after the last edition, Marchesini Group returns to Interpack, the key venue of 2017 for manufacturers of pharmaceutical and cosmetic packaging machines. From May 4th to 10th at Hall 8a (booth A65/A79) of Messe Düsseldorf customers will be able to admire five lines and 12 stand-alone machines that cover almost the entire panorama of the primary and secondary packaging process: from blisters to syringes, from counting to stickpacks, through to jars, tubes and their packaging into bundles and boxes.

Next to the well-known integrated line Unica for packaging pre-filled syringes and the Stery line for aseptic packaging will be some brand new machines. As always, guests will be able to enjoy the incomparable Italian hospitality and taste the delicious recipes of the Emilia-Romagna cuisine whilst sitting comfortably at the restaurant, which will probably be the busiest of the show this year again.

The novelties on show - The lines

Integra 520 V is the fastest of the robotic blister packaging lines made by Marchesini Group. It will be exhibited together with the new labeller by Neri BL A525 and the new fast bundler FA 04 by Multipack, which are both built to manage the flow of 500 cartons a minute incoming from the cartoner Cinquecento.

Among the strongholds of the BL A525 is a patented indexing device that positions and sets the incoming cartons apart at a specific distance on the toothed belts with adjustable width, which prevent feasible slipping. This conveyor system is associated with a logical “Fail Safe” reject system that ensures only “correct” cartons reach the next machine. The BL A525 can fit all the printing and vision systems currently available to reach a rate of 500 cartons a minute. These features make the BL A525 the most suitable for serializing and labelling cartons at very high speeds.

Downstream from the line is the new FA 04 Fast version, which has been developed from the FA 04 Classical version. The new unit can handle a production flow of 500 cartons a minute (compared with the 400 cartons of the former machine), arranged in 50 bundles of 10 cartons. Then there is the new MC 820 TT case-packer for Track and Trace needs devised to offer a complete line for customers’ requirements but also to be offered as a “standard” all-inclusive version.

At the tradeshow will also be exposed a pre-feeder that handles about 3 thousand tablets a minute and utilises the new Valida technology developed in-house to verify the integrity of each tablet with feasible reject before feeding it into the blister. Unlike traditional cameras that verify the product just from the top, Valida’s laser triangulation system is able to detect the thickness of the tablets; it can consequently identify those broken exactly in half and reject them, instead of having to reject the whole blister.

There will be major focus on the cosmetics area, which is becoming more and more important for the Group’s strategies, as confirmed by the recent take-over of the company from Bologna Dumek, which will also be exhibiting the turbo-emulsifier TURBO-MEK 1000 at the trade show. A vertical line for jars has been set-up especially for Interpack with an innovative end-of-line system consisting of the new cartoner MAV 60 - which compared with the previous version has a robotic product infeed and a system that stands the carton up, thus increasing speed - and the new automatic wrapper Farplus C.

The constructional design of Farplus C  focuses in particular on ergonomics to make size change-over and cleaning easier. It has a robotic product infeed and a product Bypass outside the machine to ensure non-stop production. It can process 80 packages a minute. The machine can perform any type of closure requested, from standard closure to package individual products and grouped products, such as perfumes of all shapes and sizes, to dot sealing and tear tape closure for easy opening.

The novelties on show - Stand-alone machines

Two new stand-alone machines will be on show at Interpack, namely the cartoner MA 400, a completely restyled project to improve ergonomics and user-friendliness and the BL A420 CW for Track and Trace needs developed by the Neri division, which specialises in producing carton labelling and Track and Trace machines.

The BL A showcased at the exhibition sums up the consolidated strongholds of this machine - versatility and reliability. The completely integrated load cell on the stepper conveyance system controls the weight of each carton. This system is much more compact than the conventional solution (where the weighing unit is coupled in line) and than the main versions of competitors, who offer solutions with weighing units equipped with their own conveyance system and separate from that of the labelling machine.

By integrating the load cell into the toothed belt system of the BL A420 CW, this unit is able to verify the position of the cartons at any time: if the weight is correct, the product undergoes the following operations (serialization, stamping and sealing), then it is sent to the next machine; if on the other hand it is incorrect, the following operations are not carried out and it is rejected according to the “Fail Safe” logic.

The model showcased is equipped with a new operator interface called “Easy Door”. This version has several improvements from both a functional and aesthetic point of view. The new software makes the operating system more powerful and faster. The wider screen is more ergonomic and much more sensitive, similar to that of a mobile phone.